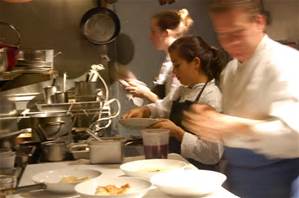 By Drew N. Herrmann*
Have you ever worked at an establishment where the employer mandated that you “tip-out” a portion of your earnings to other employees? This arrangement is called a tip pool. The law governing the “pooling of tips” can be unclear and hard to understand. In fact, Texas Roadhouse recently found itself on the wrong-end of the battle.
An employer can only require employees to pool their money if the employees receiving money from the pool have sufficient customer interaction and are engaged in a “tipped occupation.” At a minimum, an employee must “customarily and regularly receive more than $30 per month in tips” in order to receive money from a tip pool.

To give an example, if a cook or dishwasher shares in the tip pool, then the tip pool is invalid. The Department of Labor (“DOL”) has stated that cooks and dishwashers do not have sufficient customer interaction and cannot share in a tip pool.To put it into simple terms, customers do not tip the cook or dishwasher, because there is insufficient interaction; most customers never see the cook or dishwasher, thus never have the opportunity to tip them for their work.
Recently, other types of employees and whether they can share in the tip pool has come under scrutiny. In a lawsuit filed against Texas Roadhouse, servers claimed that the tip pool they were contributing to was invalid because hosts received money from that tip pool. The servers claimed that hosts do not have a sufficient level of customer interaction, and by requiring the servers to share their tips with hosts, Texas Roadhouse violated federal wage laws. Ultimately the employer could be responsible for paying the servers the difference between $2.13 and $7.25 per hour ($5.12) multiplied by all the hours worked by the employee in the past two years, or possibly three years.

This Texas Roadhouse case also has implications for hosts; if a host does not “customarily and regularly receive more than $30 per month in tips” then they must be paid at least minimum wage in direct wages by the employer. In the Texas Roadhouse case, the hosts were being paid $4.00 per hour plus a share in the tip pool. Ultimately, if a host is not a “tipped employee” then the employer could be responsible for paying the hosts the difference between $4.00 per hour and minimum wage.
Texas Roadhouse ultimately settled the case for $5 million in Massachusetts.

The Pooled house is not meant to be used later by the employer for other expenses such as broken glassware or walkouts. The tips collected must be completely redistributed; everything that was put into the pool must come out of the pool. The employer cannot skim any money from the tip pool. Furthermore, an owner can never share in a tip pool, even if the owner is working as a server.

In sum, dividing tips among back of the house employees has been controversial and resulted in countless lawsuits being filed. However, now dividing tips among front of the house employees and distinguishing who is eligible for the pooled house is coming under scrutiny as well.
*Drew N. Herrmann is a licensed attorney in Texas, who advises and represents employees with Labor Law issues. Drew enjoys assisting employees with workplace issues and advocating for their rights. If you have any questions, Drew can be reached at (817) 479-9229 or email: drew@herrmannlaw.com or check out his website www.paycheckcollector.com.

View all posts by Wiser Waitress →
The up and up on ZIPTIP
WiserWaitress is being updated!