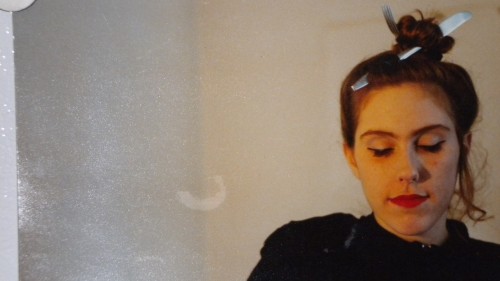 Wiser Waitress is not gender biased.  It is dedicated to anyone interested in learning more about waiting tables in the States. The word waitress won over its neutered cousin Waitron, because WW believes servers are more than just robotic order takers – but more importantly- individuals who are actually involved in not only Hospitality and organization, but the trade of selling.

The term waitress is a powerful souvenir from the past  to remind everyone of  a time when waiting tables was one of the few trades to allow women to become independent wage earners, without having to take their clothes off.  Dorothy Sue Cobble, author ( Dishing it out: Waitresses and their unions in the twentieth century) explains that this was indeed one of the first trades to become feminized and remain so after Prohibition and World War II.  It was an age when women flocked to one of the only occupations available to them. And when these women stormed into this trade, their impact loomed so large that not only did they feminize the occupation, they permanently feminized the noun, leaving us with the term, “waitress”, as a relic of their legacy.

So perhaps ” waitress” did erupt from a time when gender segregation in our language was much more digestible, but it also  emerged from an era when women had a incredibly limited, and imperfect gateway through which they could finally enter the work force.  According to Cobble, “They also formed all-female union locals, which enjoyed a degree of institutional independence and autonomy experienced by few other groups of organized women.”

And while WW believes there is nothing wrong with addressing servers as waiters, its important to recognize the reasons we might also address them as waitresses.  So Waitress it is. A word branded forever, perhaps, to the symbol of a coffee cup in our culture, but also sewn into our language by the efforts and struggles of women in our modern history.  And that’s  the most compelling reason to title this web site Wiser Waitress.