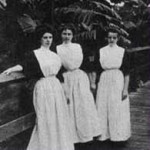 Chances are that if you wait tables in the U.S. you are a little of bit of both.  Its almost unavoidable  to work  in a restaurant  these days that doesn’t practice some type of wage violation.    Often your boss or your customers will not seem to take you or  your job seriously.    Waiting tables is often viewed  as some type of occupational purgatory rather than a real job. Unlike some European waiters who are trained and regarded as professionals, waiters in the US  often receive little or no training, have no benefits, pay for their own health insurance and are recycled through a imperfect tipping system that has steadily eroded the right  waiters have to claim their tips.

In fact,  the practice of widespread violations  are so common, most restaurant workers just assume its normal or accept that is just how things are done.   One study released by New York city’s restaurant industry found that 59 percent of restaurant workers surveyed reported overtime violations, and that 73 percent had no health insurance.  Attorney Bob Debes says in many cases, tip sharing with management or the kitchen staff is illegal, and that many people in the service industry don’t even know it.

Many small businesses say they are forced to violate wage laws to remain competitive.  Annette Bernhardt, policy co-director of  The National Law Project, said “When unscrupulous employers break the law, they’re robbing families of money to put food on the table, they’re robbing communities of spending power and they’re robbing governments of vital tax revenues.”    And Glen Garey of the Texas Restaurant Association, when asked about an illegal tipping scheme at a Joe’s Crab Shack restaurant, responded, “Its most likely a lack of education on the part of the business owners” .  Whatever excuse businesses owners may have,  that doesn’t excuse the growing number of us who have grown complacent.   Often we don’t even bother to learn the laws ourselves,  further perpetuating an environment of servitude.

But there was a time in the US  when waiting tables was treated as a real profession. Fred Harvey, known for establishing fine dining on trains and at railroad stations, offered training , good wages, room and board, and furnished uniforms to waitresses during the great depression. These waitresses known as the “Harvey Girls” brought respectability to the work of waitressing.  In exchange for a six month contract , these women were able to save enough to attend school, start a business, or send money home.

Forty years ago, most waiters and waitresses belonged to a union.   Dorothy Sue Cobble, (Dishing it out: Waitresses and their unions in the twentieth Century) explained , “At the height of their influence in the 1940’s and 1950’s over one-forth of women in the trade were organized.”      “HERE(The Hotel Employees and Restaurant Employees International Union) a  powerful organization that still exists today helped bring rights and respectability to service sector work.  These waiters had to struggle to win economic justice for themselves. During the height of the union era, many of these servers were able to secure health benefits, equal pay and protection from capricious management.  Cobble said, “Especially because most waitresses lived apart from a family setting, and therefore primarily self supporting, they couldn’t  resign themselves to withering work conditions but actively created a supportive work culture and militant organizations.”

Today,  most servers do not belong to unions.   The reality is that over a million people depend on waiting tables to earn a living and the working conditions have deteriorated.   Serving tables has simply become  regarded by many, including waiters themselves as not a “real job”.  However,  it is this collective low occupational self esteem that helps promote the wide spread practice of wage and labor violations.  Is it  because we don’t think we have a “real” job that many of us don’t believe we have any “real rights”s?  Of course, our tattered self image works out great for those employers who benefit from our ignorance. It is in this environment  that restaurants like Hooters have become emboldened to create policy’s that involve putting waitresses on “Weight Probation” when they become what the restaurant considers overweight.

This  practice is now being challenged in a Michigan court.    Phoebe Damrosch, an  author states, “All of us- diners, cooks, managers, and waiters themselves- could do a great deal simply by treating waiting tables as a vital and honorable profession requiring skill, knowledge, and infinite patience.”

How do you stand up for yourself  in a toxic environment/ industry?  You can start by becoming aware of what the local labor laws are- even if you don’t act on them.    You could even  try boning up at a local R.O.C. (Restaurant Opportunity Center)  The first ROC center opened in New York to help the surviving employees of Windows on the World, at the World Trade Center.

Now there are centers in cities across the country.  This non profit agency is what helped rock  Manhattan’s restaurant industry.   The center has educated many restaurant workers about their rights resulting in workers collecting millions in recovered lost wages from the cities restaurants, so many in fact, that the state is rewriting it hospitality wage order this year. ” They’ve  been able to get away with a lot of violations for years,” said Saru Jarayaman, the executive director of the center, which has distributed guides to restaurant employees explaining their rights.

Violations happen all the time and some are so widespread and common that most wait staff think the practices are legal and normal.  But if one person learns the law, it can quickly have an impact on the entire staff.  Sometimes, its just a matter of knowing what  is worth fighting for.  If you’re a single parent trying to raise a family, it is understandably that you might not want to risk losing your job by standing up to every labor violation.

But you should know that there is a statute of limitations, which means in most cases, you can postpone filing a wage claim up to two years until you have landed another job.   And when we do decide to stand up for ourselves, sometimes everyone can benefit, including whole communities, workers, and even diners.  Service with a smile becomes authentic when restaurant workers are truly treated as servers and not servants.