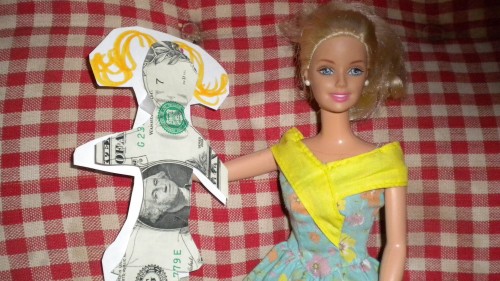 *New Mexico -Statute 50-4-22 Section 3, Part A may prohibit this practice.  Due to the ambiquity of the statute, credit card processing fee deduction from tips are subject to a Wage administrator’s interpretation- which may vary. Director of Wage and hour has refused to commet or issue a standard intrepretation.

+ Restaurants that use credit cards are engaged in INTERSTATE COMMERCE. This means the workers are protected under the Fair Standards Labor Act regardless if the restaurant generates $500,000 or more per year.

-Employers have more control over credit card tips. They may impose an automatic deduction from tips or a processing fee

-Restaurants that are “cash only” may be exempt from FLSA regulations and workers may have less protection from wage theft.

+Tipped employees may have more control over cash tips and how they are distributed than credit card tips.

In 1977, a server could expect  to receive at least half of their tips in the form of cash. Although credit cards were used, they were not the main form of payment.

Back then, it was unlikely that separate checks meant  6 or 7  different credit cards for the same table.  Today, most people pay with plastic, even for a cup of coffee, and a cash payment is becoming a rare, infrequent event.

But  a cash tip will always be the best form of payment for a server.  It is the only way a diner can be sure that the money is going to the server, and not to a bank or credit card company.  Today, when a server receives a credit card tip, they may have to pay for the processing fees to receive that tip. Some restaurants deduct 3 percent out of a servers credit card tips to cover processing fees.

And the policy where practiced means a server may only collect $19.40 out of each $20 in tips.  Some states have stepped in and have created laws that prohibit the practice of deducting credit card processing fees from a server’s tips, but most states simple follow federal DOL guidelines and allow the practice.

But for many servers faced with the highest tip credit in history, this deduction on top of  a tip-out (tips shared with bartenders, hosts, and busboys,) can make a significant impact.  “Its just kind of disheartening. Its doesn’t seem like a lot of money, but over time it does add up,” said Andrews, a waiter at Grandy Dancer (who charges it servers 1.5 percent of the tips diners leave on credit cards)  estimated the charge could cost him $50 a month.

One waitress decided to challenge the practice and asked the court to allow her lawsuit to proceed as a class action suit for all servers.

Lisa Gullis filed suit in the United States District Court for the Northern District of Illinois complaining that  the practice of deducting the service fee from her tips (and other servers’ tips) was illegal.

The court untimely ruled in favor of the restaurant, based on two informal pronouncements by the DOL. One was the opinion letter (Opinion WH-410) issued by the DOL in 1977) stating that the department did not question the practice of deducting tips. “an amount no greater than that charged {the employer} by the credit card company”. The other a subsequent opinion letter (January 13, 2006) in the DOL field operation Handbook (Section 30d05(a)), and in its “fact sheet #15, entitled “Tipped Employees under the Fair Labor Standards Act”, reaffirmed  the DOL’s position and interpretation of the FLSA.   The court found the DOL’s reasoning to be logical and to have  persuasive authority since it had been consistent in its interpretation for nearly 30 years.

The court failed to recognize however, that in 1977 the tip credit for servers was only 50% and that only half of their tips received were credit card tips.

In fact today the federal tip credit exceeds 70% , almost two thirds of all tips received are credit card tip and the federal sub- minimum cash wage for servers is still $2.13.

When you consider these factors, the court’s ruling  may be consistent, but not logical when applied to a changing economic climate. It now allows employers to take a substantial higher tip credit, in addition to being  allowed to deduct credit card processing fees.   The opinion letter, issued in 1977, was released  when the working environment  of servers was much different than the one they face  today.  It is disappointing that the Federal DOL  failed to consider how the role of credit card transactions in service sector work has changed drastically when it reasserted its opinion in 2006.

Despite the ruling, the practice remains controversial, and  some restaurant operators do not agree with the practice. “I think any restaurant would do what it could to get back some of that cost because it’s really significant,” said Julie Stanely, executive chef and owner of Food Dance Café in downtown Kalamazoo. “Two -thirds of our business is credit cards, and it’s incredibly expensive, but I would not take that from my staff. The world uses credit cards for everything, Its just the cost of doing business,” she said.

Tim Fox, A Denver attorney challenged the U.S. Department of Labor’s interpretation and believes the fee deduction is illegal under the Fair Labor Standards Act, which reads in part:” Whether a tip is to be given, and its amounts, are matters determined solely by the customer, and generally he has the right to determine who shall be the recipient.”  “Credit Card processing fees are a cost of doing business, and the act prohibits employers from shifting costs of business to employees.” Fox Says.

But Steven Scheintal, former executive vice president of Landry’s Restaurants Inc. disagrees and says, “It’s not a cost that business should pay. We do this basically for every restaurant and every jurisdiction where it is allowed.” Landry’s is a Texas-based chain that operates a casino, five hotels, and more than 180 restaurants in 30 states.

Media pressure led another big chain, OSI Restaurant Partners LLC, to reverse a similar policy within weeks of starting to deduct the card fees. OSI operates 1,356 restaurants nationwide under eight different banners, including Outback Steakhouse. Joseph Kadow, an OSI executive vice president said, “Upon reflection, OSI realized this decision is inconsistent with our principles and beliefs,” so it  rescinded that policy and returned money withheld from its servers.

But what is also interesting is while some states like Washington have passed laws that require employers to inform diners the percentage of a service charge a server may receive, no such transparency is required of credit card deductions.

A diner should have the right to know that when they write down a tip amount for the server, a portion of that tip may go to the bank or a credit card company.  And if  waitstaff tries to suggest to diners they pay their tip in cash, their suggestion is a violation of the restaurants agreement with the card issuer. Still, the diner should have the right to know where their tip is going regardless of whether they decide to leave cash or not.

Credit cards and the I.R.S

Since the amount of credit card transactions has risen steadily  during the last 40 years, the IRS has been able to effectively trace the tipping habits of the dining public. Credit card tips have essentially given the IRS a marketing tool to measure and gauge.  Credit Card tips are 100 percent traceable and must be documented.   Like a black cat strutting out on a snowy white winter day, a credit card tip is impossible to hide.  Cash, on the other hand, is still not 100 percent traceable.  The IRS can only make guesses, and  they have.   The heavy use of credit cards in restaurants has changed both the way a server receives a tip and also how a server reports their tips.

When Plastic  finally sent one famous San Francisco restaurant to the Supreme court, the culture of reporting tips was drastically changed.

During an audit, the IRS found a 14.49 percent tip rate on a California restaurant: Fior d’Italia’s  1991 credit card sales and a tip rate of 14.29 percent for the following year. The servers, however, only reported a 10 percent tip rate for their cash sales for the same years. The IRS compared the two and decided, based on estimations, that these cash tips were inaccurate, thus charged the restaurant an additional $23,000 in taxes.  Bob Lavirve, co owner of the Italian restaurant spent about $500,00 battling the IRS, an agency he said was practicing “thuggery”.  The restaurant ultimely lost the battle in the supreme court, and the court ruled on June 17th, 2002 in the United States vs Fior d’ Italia,  that the IRS had authority to base its audits on assumptions and credit card sales.  Solicitor General Theodore Olsen also told justices that, if the IRS were to audit individual tip earners from an eating establishment, its audits would be based on assumptions as well.

What this means for you, the server, is that your employer, understandably, will want you to report cash tips that are similar to your credit card tips in order to avoid an audit and penalties.  Especially since it seems that the IRS prefers to treat a restaurant as one unit rather than audit individual servers.

The IRS is essentially using credit card tips as a mirror, to compare and assess cash tips.  Anything less than 15% declared on cash tips may provoke an audit, especially if you’re working in an establishment that exceeds a million or more in revenue a year.  More and more restaurants are requiring wait- staff to agree to certain tip reporting agreements as a result of this ruling, so don’t be surprised if you may be required to sign a tip reporting agreement before working in an establishment.

Gone are the days when you only had to claim 8 percent.  The new informal industrial standard has risen to 15%. Plastic has changed the rules forever.  It’s a new era and cash tips are more than ever  greatly appreciated.